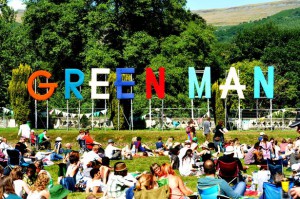 In both 2013 and 2014 Elin Rees PR was hired to manage all Welsh and South West England press and PR activity at one of Wales’ largest festivals – Green Man. We were responsible for all press accreditation, press room co-ordination, Welsh social media activity and managing film crews and photographers. This involves a great deal of logistical work in the run up to and during the festival, from managing guest lists, contacting media, releasing news stories, schedule planning for the festival and meeting press contacts on site.

We managed to deliver extensive press coverage across the media in Wales and beyond – both in gathering interest leading up to Green Man, as it was happening and post-festival too, as the press continued in positive reviews and reflections.

–        BBC Wales Today ran a news item on Green Man and featured an interview with managing director, Fiona Stewart.  Green Man was also heavily featured on S4C’s Heno programme, including an item on-site at the festival. BBC Radio Wales broadcast from site for the duration of the festival.

–        The festival was featured extensively in the online media – in total 85 times. Wales Online ran a review of every day of the festival and also ran a feature or story every day in the month leading up to the festival, which Elin Rees PR organised with Media Wales.  Green Man was also consistently featured in Wales Arts Review and many other sites/blogs. The newly created Buzz TV also filmed on-site content for their ‘Green Man sessions’ videos.

–        Green Man gained extensive print press coverage before, during and after the festival. The festival was featured in magazines such as Buzz Magazine, Big Issue (Wales, South West and South East), Crack Magazine, Cardiff Life, Western Mail, South Wales Echo and valuable business and positioning features and stories were set up in local papers such as the Brecon and Radnor Express and the Abergavenny Chronicle.

“Elin is a lovely, fun and enthusiastic person to work with, and has strong relationships with Welsh radio and printed media. Since coming on board we have seen an increased promotion of Green Man’s Brand in Wales.”
Fiona Stewart – Owner, Green Man Festival