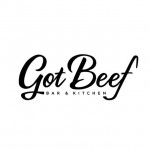 In March 2014, Elin Rees PR was tasked with helping to launch an exciting new addition to Cardiff’s vibrant food and drink scene, by managing the PR campaign for Got Beef Bar & Kitchen. Got Beef was previously a pop-up venture but 2014 saw them making the leap to a permanent home on Whitchurch Road in Cardiff. Got Beef – with its delicious gourmet burgers named after icons of American television – presented a unique and exciting challenge in which we succeeded in securing the restaurant very positive press across a range of publications in South Wales.