Getting to grips with music PR… 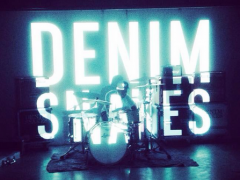 Getting to grips with music PR…

Our pals at the Denim Snakes were set to launch a single and their debut album – my first ever music project here at Elin Rees PR was telling people all about it. It’s something I’ve really loved working on. I think a reason that I’ve enjoyed it so much is because I’m working with promoting something people have sweated over, given everything they had to and really give a damn about. So when you get the results it’s a great feeling and you realise you totally give a damn too.

Denim Snakes hail from Barry – the ghost-town pleasure park is pictured in their album sleeve in its sepia glory days. The music is punk with pop hooks – it’s catchy, energetic and full of spirit. I mean, they have song titles like Making Money”, “Happiness” and “Sex” – its fun to work on.

The process of spreading the word about them though, it’s tough to get someone to even open your email; I guess that’s the nature of the industry. Much of the work involved sending an awful of lot of emails, re-sending them and following them up again but then you’ll get something back and it’s cool as hell. Like that writer you contacted gives them a great review  or a journalist is really keen to interview the lead singer and then the band get booked in for a session on Radio Cardiff. It is hard work but worth it.

So yeah, it’s a lot of work, work that by no means guarantees results but I’ve really enjoyed it. And the work never stops, so on that note, go listen to the Denim Snakes – I heard they’re pretty good.